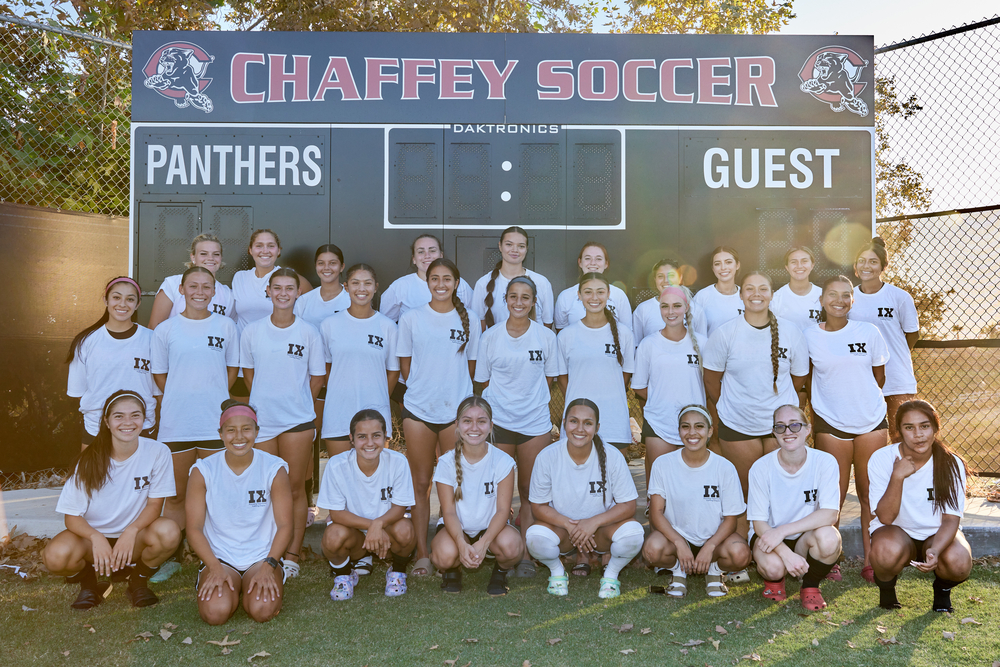 United Soccer Coaches has honored the Chaffey women’s soccer team with the prestigious Pinnacle Award for its performance on the field and in the classroom.

The organization, the world’s largest group of soccer coaches, announced award winners in October. Chaffey was the only community college to receive the award. Seven collegiate programs nationwide were recognized.

The Pinnacle Award recognizes teams that have earned both the College Team Ethics and Sportsmanship Award and the College Team Academic Award (team GPA above 3.0) and have recorded a winning percentage of .750 or higher during their competitive season.  Platinum status is awarded to teams that have received zero penalty cards in their season.  Chaffey College was the only program recognized for this level of sportsmanship.

“To have a group that can accomplish all three is extremely rare, especially at the collegiate level,” she said.

In the 2021 season, Chaffey’s Women’s Soccer program was undefeated in the Inland Empire Athletic Conference (11-0) and advanced to the CCCAA state playoffs as the #8 seed in the south.