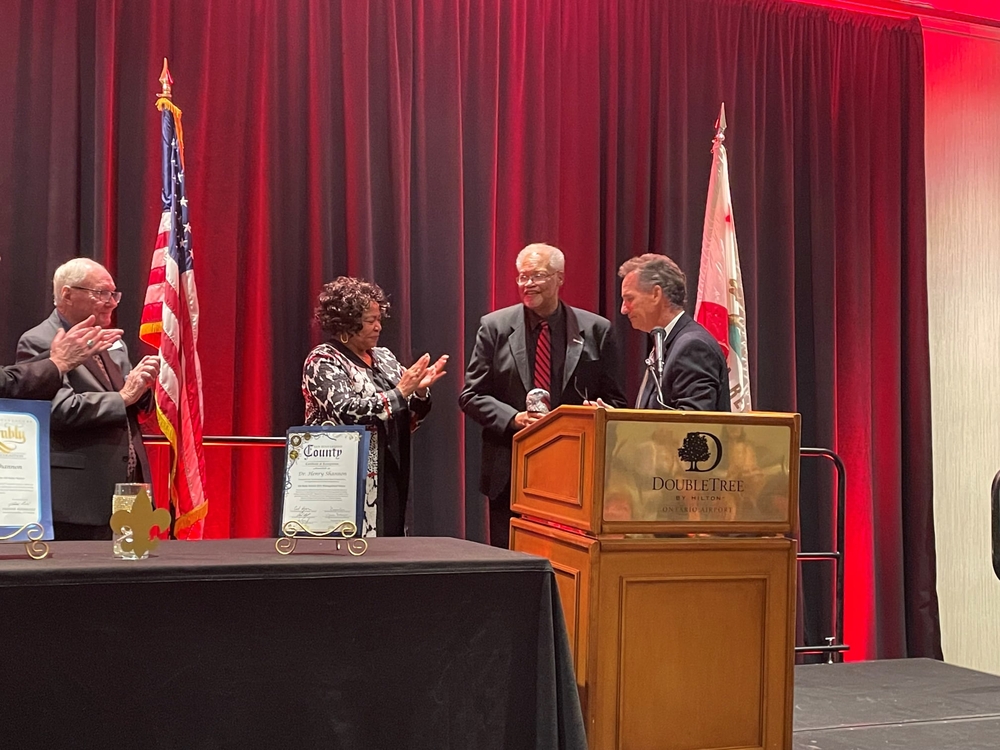 The California Inland Empire Council of the Boy Scouts of America honored Chaffey College Superintendent/President Shannon on Nov. 2 with the 2021 Distinguished Citizen Award for his contributions to the region.

Around 100 community leaders and officials with the Boy Scouts celebrated Shannon’s achievement at the DoubleTree Hotel in Ontario.

“I’m really touched to be a Distinguished Citizen,” Shannon said. “It’s important that we talk about how you develop character. Part of that starts with mentoring our young people and giving them what they need.”

Shannon, who served as a Boy Scout in the fourth grade, remembers pitching tents, starting campfires and learning how to be a leader in his years as a Boy Scout. But he also recalls the cold nights at Camp Beaumont where his troop would gather.

“I still freeze a little bit thinking about those winter times in St. Louis,” Shannon said.

The leadership and mentorship skills Shannon learned in the Boy Scouts later guided him in his work as a Boy Scout commissioner, an educator and in his current role at Chaffey.

The Boy Scouts awarded Shannon due to his vast achievements during the more than 40 years he has served in higher education. Such achievements include leading Chaffey to becoming a top-10 community college in the nation through the Aspen Institute for Community College Excellence, being a champion for initiatives that support equity and awarding around 5,500 degrees and certificates to students in 2021.

He encouraged the community to consider the values of the Boy Scouts for their own lives.

“We can’t let this moment in time leave us without making our mark. It’s all about that village and that village is all of us, helping someone, giving back,” he said.