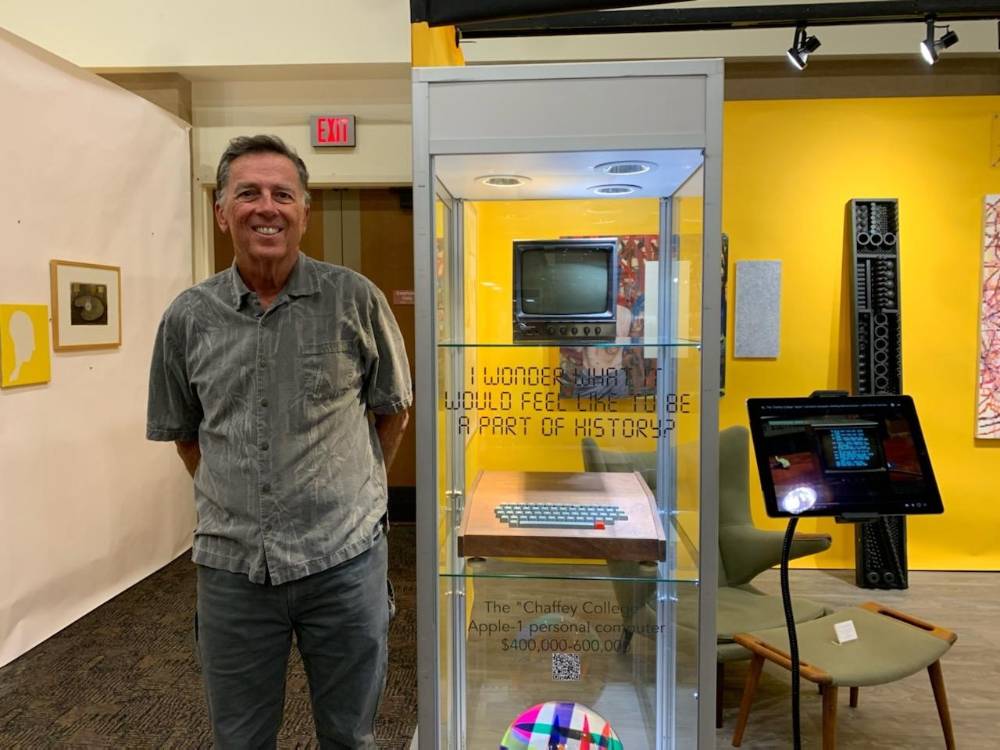 Chaffey College alumnus Joey Catuara bought an Apple 1 from his electronics professor in 1977 so he could do computer programming at home.

He held onto that computer – one of only 200 built in the garage of Apple founder Steve Jobs with the help of Steve Wozniak – for 44 years. When he decided to sell it, the piece of tech history became the subject of worldwide media coverage and sold at auction for $500,000 on Nov. 9.

“I was pleased that the coverage spanned the globe – evidenced by the fact that it was bought by someone in Germany,” the Rancho Cucamonga resident said.

Catuara graduated in 1976 from the University of Southern California with a degree in mathematics. He went to work as a software engineer for Aerojet, but did not want to stop learning, so he enrolled in a microprocessors course at Chaffey in spring 1977. He also took basketball and volleyball courses at Chaffey for around 20 years.

When he discovered his professor was selling an Apple 1, Catuara decided to make an investment.

“I was a guy who was into computers, using big mainframes,” he said. “This was a toy to learn microprocessors and to have an actual computer on my kitchen table.”

Catuara wrote programs in BASIC with it and eventually stored it in a closet. When he heard about an Apple 1 selling at auction for $25,000 around 2010, he took it out and started researching auction houses.

He eventually made his way to John Moran in Monrovia. The company advertised the item widely, even placing an ad that appeared in Times Square. The company also displayed the computer at Chaffey for the media.

Computer science faculty, along with staff members, stopped in to check out the piece of history. Computer Information Systems Professor Steve Siedschlag talked to the press about the historic computer’s link to Chaffey.

“It’s pretty cool that it did go through our halls and how everybody’s hearing about it,” he told the LA Times.