Learn More
Close
Hero image for Students pose in front of the Chaffey College helicopter at the aeronautics building. 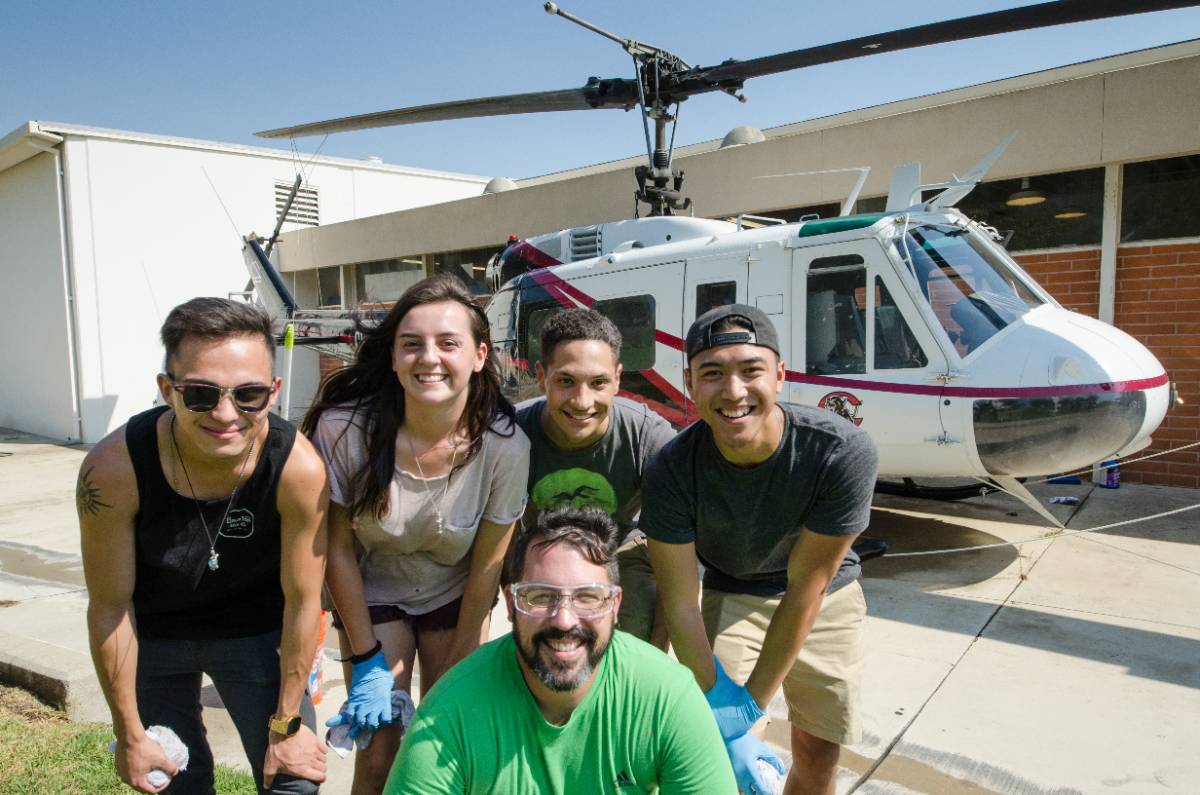 The AMT program is a 2 year FAA approved curriculum. Within that time, the student becomes familiar with every system employed on an aircraft. Those systems include electrical, structures, fuel, environmental, landing gear, and powerplants, just to name a few. We have four fixed wing aircraft and two helicopters for the students to work with, in addition to several state of the art training system mock up boards housed in our 14,000 square foot lab facility.

Upon successful completion of the AMT program, graduates are eligible to take the FAA written, oral and practical exams. After passing those tests, they are issued an Airframe and Powerplant Certificate. The AMT department has had well over a 90% pass rate with the FAA written exams. The graduate is now eligible to work in any area of the aviation industry,
from light aircraft to air transport, or airlines. One can expect an initial starting rate with an airline of approximately $26.00 per hour, and after five years, up to $60.00 per hour. One will also receive many benefits, including inexpensive, if not free, travel on many airlines to several destinations.

If the graduate wishes to go somewhere other than the aviation field, utility companies (water, electric) look highly upon earning an FAA certificate. One could also go to work with amusement parks as an option, since they operate solely on electrical, pneumatic and hydraulic systems, very similar to how those systems work in an aircraft.

Currently, there is a shortage of maintenance technicians in the aviation industry. Employers are in regular contact with the AMT faculty awaiting graduates, and those employers have always given positive feedback regarding the Chaffey graduates. Upon receiving the airframe and powerplant certificates, the faculty also assists with job placement.

The Chaffey College Aviation Maintenance Technology (AMT) Program is a FAA approved Part 147 training facility. We are one of approximately 170 schools nationwide. The AMT department and faculty are audited on an annual basis to maintain their Part 147 Certificate.