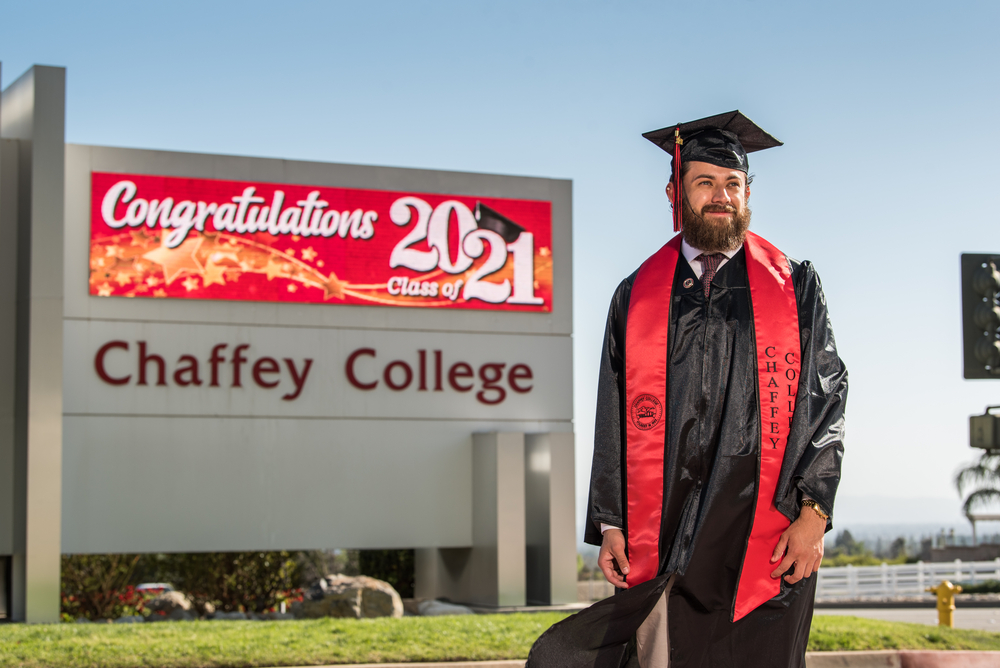 David Leon grew up in Upland, excelled in academics and sports through high school and enrolled at Chaffey College to build a future.

But what his classmates and professors likely didn’t know is that often when he left campus for the day, he didn’t return to a house or an apartment. He had to sleep in his truck.

“There’s definitely challenges and it’s scary at times,” Leon said. “But I like the independence.”

Leon — serving as class speaker for Chaffey’s virtual commencement on May 20 — is one of about 2,800 students earning about 5,500 associate’s degree or certificates at Chaffey College this year.

The 25-year-old business major works as an apprentice for a commercial real estate firm in Ontario and coaches youth basketball in Upland. When his parents decided to move away from the area in 2017, his choices were to give up all of his opportunities in the Inland Valley, or stay and live out of his truck so he could keep pursuing his goals.

His parents, who also faced housing insecurity at the time, supported his decision to stay. They’ve since found a home and offered him a place to stay, but Leon chose to remain in the area to complete his degree.

Leon has had a knife pulled on him, and has lived through extreme heat and cold. But he has also learned how to make his situation work. He uses a Chromebook and a WiFi hotspot issued by Chaffey and has paid for food and gas through part-time jobs. Chaffey College also connected him with temporary housing at an Ontario motel in 2020 just before the pandemic.

For Leon, getting off the street for a couple of months offered him the relief he needed to stay healthy and do well in his classes.

“When the pandemic started, I was really scared. They said on the news that homeless people were at a higher risk for getting sick,” he said.

Leon now lives in a recreational vehicle in an RV park. He inherited the vehicle from his father, who died in March.

Between students working reduced work hours or losing employment altogether, and with colleges closing on-campus housing due to health mandates, the pandemic has caused an increase in housing insecurity across the nation.

About 54 percent of Chaffey College students who participated in a January survey by the Hope Center for College, Community and Justice said that they had experienced housing insecurity in the last year.

He’s planning to major in business administration and hopes to one day run his own real estate company.

“I think of what I’m going through now as the down point in my life,” he said. “But it’s the downside of what will ultimately be a successful outcome.”